shroud | SHroud | noun 1 a length of cloth or an enveloping garment in which a dead person is wrapped for burial: he was buried in a linen shroud.

2 a thing that envelops or obscures something: a shroud of mist | they operate behind a shroud of secrecy.

My mother has been dead now for over 7 years. If she were alive I would ask her many questions that I have been wondering about, although I know she would not answer them and eventually I would stop asking. Instead, I have developed my own narrative around her based on what I do know. I have more love and empathy for her now than I had when I was growing up. I do know this: her favorite color was blue. This shroud is in honor of her. 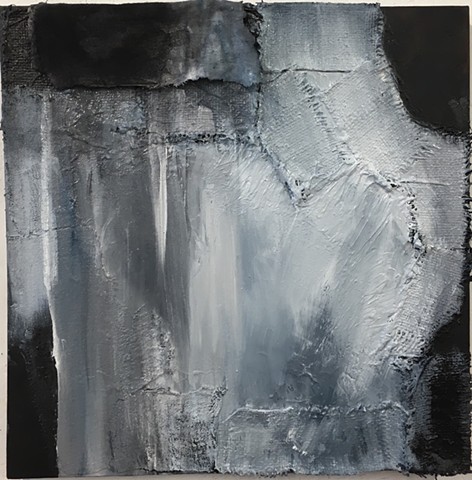